A4 Hardback, 128 pages.
In an edition of 100 copies signed and numbered by the artists. Published by Floating World
£25.00 available from info@floatingworldbooks.com

A rebel is always seen as someone outside or in opposition to the established order, a visionary. Marginalised, misunderstood and often feared who seeks to overturn accepted convention. In the 1961 film ‘The Rebel’ Tony Hancock plays a down trodden clerk who, although lacking any discernible talent, harbours the ambition to become a great artist. The film gently mocks what it saw as the pretensions and high ideals of the art world.

In their new artists book The Rebel(s) Glenn Holman and Andy Parsons pay tribute to a film they both love and use its absurdist humour to investigate questions of critical importance to contemporary art. In particular, what constitutes rebellion in an age where rebellion is seen as being an essential component of a credible arts practice? 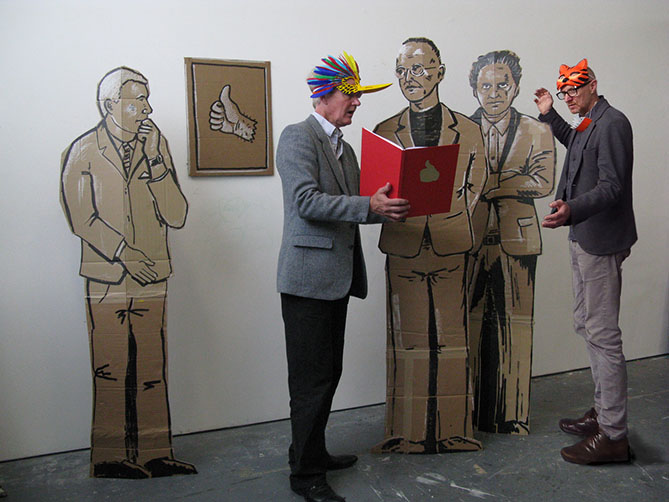 Part homage, part critical discourse, Parsons and Holman use their own experiences to investigate what it means to be an artist. The absurdities, contradictions, joy, successes and failures that come to define the existences of anyone navigating their way through the baffling world of contemporary art. 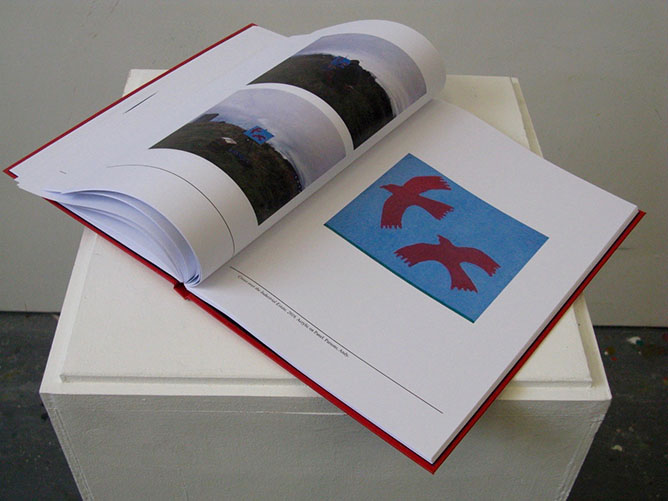 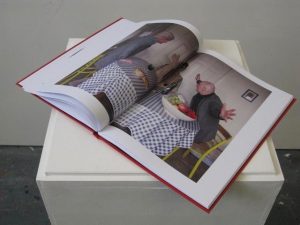 At its heart The Rebel(s) uses humour to interrogate structures and critical thinking that privilege intellectual complexity over visual and emotional experience. The book has involved the creation of a set of paintings and sculptures in Sligo and London, as well as documentation of performances, interventions and texts. It is the most far reaching and sustained piece of book art produced in the 14 year history of Floating World. 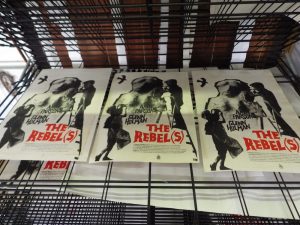 The Rebel(s) was launched at the Small Publishers Fair, Conway Hall, London on the 10th-11th November 2017 before touring throughout 2018. To mark the 50th anniversary of Tony Hancocks death, Holman and Parsons will be holding a series of Rebel(s) days throughout the UK. These will be part exhibition and part performative re-enactment exploring issues raised in the book in greater detail. 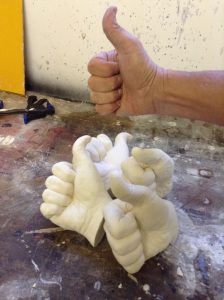 The artists have been imagining what happens off camera, here is their interpretation of Hancock’s Aphrodite sinking to the bottom of the sea… 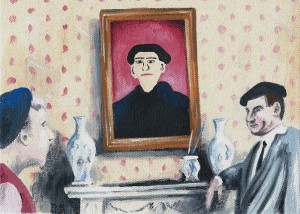 Hancock: ‘That… Is a self portrait.’